What are your thoughts on wearing headbands?

When she stopped, I stopped.

After that, I would only wear headbands to keep my hair out of my face.

Where nobody else could see me.

There was something about headbands that I really didn’t like. Maybe I thought they were childish, which was rather silly of me, considering I was still a child. I did like to dress more mature than I was (and I still do).

But I went through a phase last year where I would wear a headband every time I went out.

Other than skirts, headbands became my staple fashion item. It was my signature piece. I wanted everybody to remember me when they saw headbands and I suppose that’s one method of potentially marketing yourself and ingraining yourself into other people’s minds.

Although I was still rather picky, I would buy headbands in every colour. If I spotted a new headband that I could potentially wear with an outfit, I knew I just had to have it. Headbands in Korea were popular and cheap, so it was rather easy to grow a collection. Here in Canada, however, it’s slightly more difficult to find quality pieces.

I’ve only recently stopped wearing my headbands because I haven’t been going out very much. In some ways, I still think headbands are a little bit more on the young side.

There’s no denying the headband became a huge trend in Europe. Many of the fashion bloggers that I love from the UK began wearing them. Countless photos and videos were advocating the headband trend all over social media.

But what made me love the look?

Blair Waldorf from the TV series, Gossip Girl, became one of my big fashion inspirations and her headbands surely stuck with me. They were symbolic of her royal status as Queen B. A headband was a crown.

As a rainy day princess, I will proudly wear my crown. 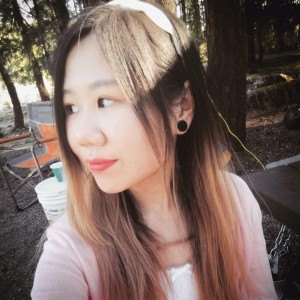